Love you Deeply - Friends with Fins 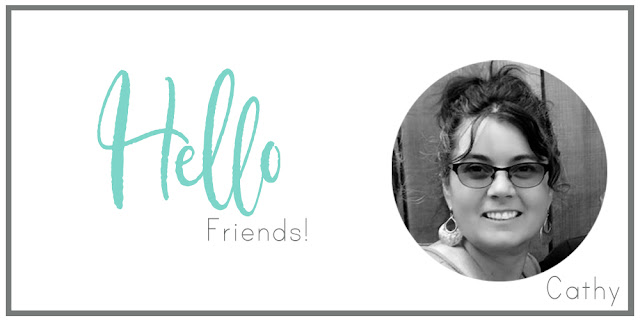 Hello friends.  I'm back again this week with another card using the Friends with Fins set from MFT Stamps.  I was inspired by Toni's pop-up card a few weeks back, and had to try out that die!  The Slider Surprise die is super easy to assemble, especially for an interactive card / die.

I'm offering a discount to our readers for $5 off the Slider Surprise die.  Use the discount code:  SLIDER when checking out or use the link to hop over to our online store where the discount will be applied automatically during the checkout process. 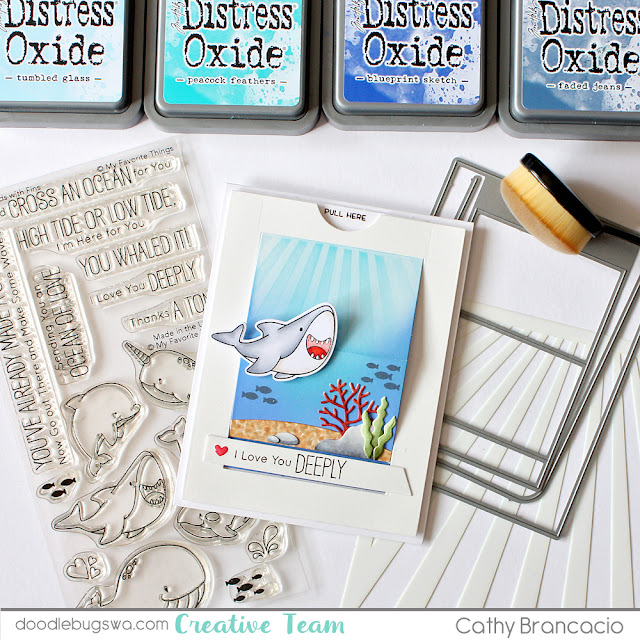 I used the Ray of Light stencil from MFT Stamps to ink up an underwater scene on the pop-up portion of the card.  I used Blueprint Sketch and Faded Jeans Oxide Inks to create the deeper portion of my underwater scene.  Then, I added the lightest blue ( Tumbled Glass ) to the top.  Once I had everything blended nicely, I layered the stencil on top and inked the rays with Peacock Feathers Distress Oxide Ink.  I like how it looks as if light is shining down from the surface. 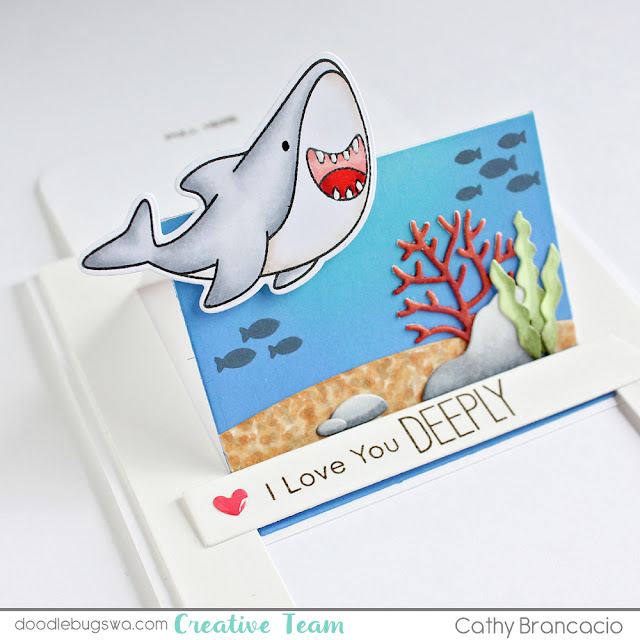 The rest of the scene was created using Under the Sea die set from MFT Stamps.  I die cut the pieces and colored them with my Copic Markers.  The shark is also colored with Copic Markers and added to the front with some foam tape.  Note:  Don't add any adhesive above the fold line (peak) on the sliding portion of the card.  This will create a problem when trying to slide the card open. 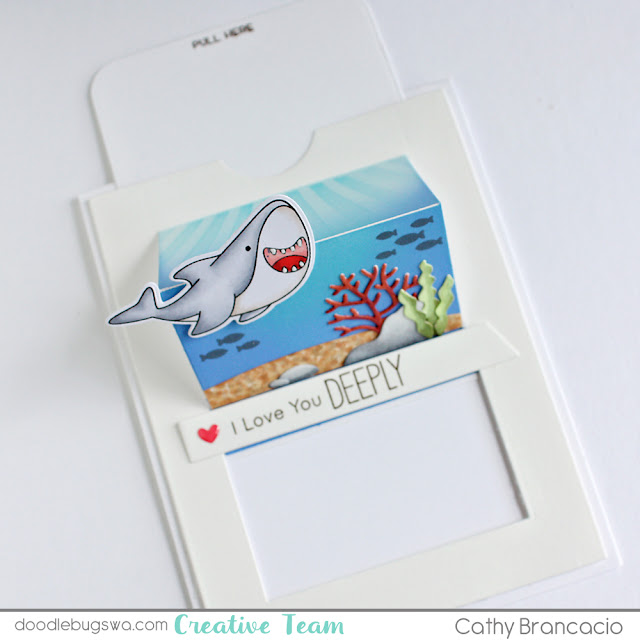 I hope you enjoyed the card and that it inspired you to give this fun die a try.  You can watch a video from MFT Stamps featuring the assembly of the Slider Surprise die HERE.

Links to supplies used can be found below:

Posted by Doodlebugs at 6:00 AM

Receive our emails and newsletters

Sign Up Now
For Email Newsletters you can trust. 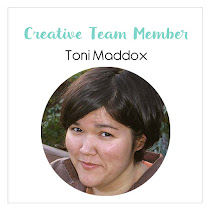 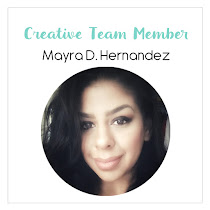